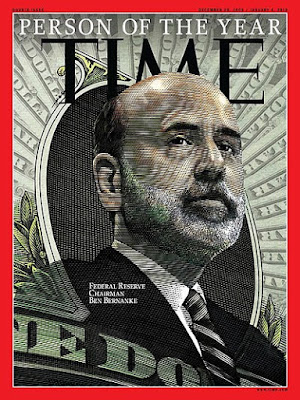 He just happens to be the most powerful nerd on the planet.

Bernanke is the 56-year-old chairman of the Federal Reserve, the central bank of the U.S., the most important and least understood force shaping the American — and global — economy. Those green bills featuring dead Presidents are labeled "Federal Reserve Note" for a reason: the Fed controls the money supply. It is an independent government agency that conducts monetary policy, which means it sets short-term interest rates — which means it has immense influence over inflation, unemployment, the strength of the dollar and the strength of your wallet. And ever since global credit markets began imploding, its mild-mannered chairman has dramatically expanded those powers and reinvented the Fed.