A POUPANÇA DO BRASILEIRO NÃO É MAIS A MESMA 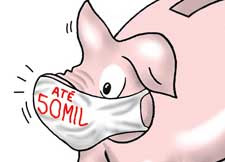 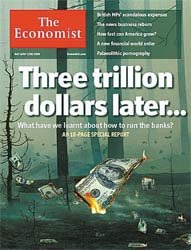 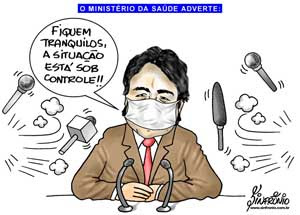 Not since the Great Depression has our nation suffered such financial hardship. We are angry, depressed and scared. And we want to know how we are going to get out of this mess. No one is better at giving voice to all this than Paul Krugman.

Through his Op-Ed columns in the New York Times, his blog and his books, he has become our most incisive observer of a global economy in deep crisis. His gift is his clarity. He is able to use his mastery of his subject — he won the 2008 Nobel Prize for Economics — to make the dismal science understandable to everyone.

Krugman, 56, is not just comprehensible but practical. Understanding economics is important, but only insofar as it advances the policy debate of the day. His debate with the Obama Administration has generated philosophical heat, but it's really about nuts and bolts; he doesn't disagree that government should use its resources to fix the crumbling financial system, stem surging foreclosures and shore up demand, but he does have a lot to say about exactly how.

While Krugman isn't currently making policy, his imprint on it is undeniable. His cogently articulated views shape the public opinion to which policymakers are ultimately beholden. The Administration's bank-rescue plan, which involves taxpayers teaming up with private investors to purchase the banks' toxic assets, is a good case in point. Krugman not only dislikes the plan; he also worries it increases the odds that the already severe downturn will unravel into something much worse. The President may not adopt his solutions, but he'd best answer his concerns, lest the rescue plan not get off the ground.

And on a personal level, Krugman certainly shapes opinions in my household. I'm an avid reader of his work, but my wife likes to make sure, so twice a week she places a cutout of hisTimes column next to my bedside. On those two days at least, I read and discuss Paul Krugman's view of things before going to sleep. I am a much better economist for it.

Zandi is the chief economist at Moody's Economy.com

Nouriel Roubini was right. At a time when the likes of Alan Greenspan were dismissing concerns about excessive home prices and declaring that banks were stronger than ever, Roubini warned that there was a monstrous bubble in the housing market and that the bursting of that bubble would cause much of the financial system to collapse. And so it has turned out, with even the most seemingly outlandish of Roubini's predictions matched or even exceeded by reality.

How did he do it? For the first decade of his career, Roubini, 51, was a well-regarded but hardly renowned macroeconomist. When the Asian financial crisis struck in 1997, however, he created a Web page — the forerunner of his subscription service, RGE Monitor — that became the go-to place for anyone trying to keep up with the flood of news, data and economic analysis. And in the process, he became acutely aware — more, perhaps, than any other economist of our era — of the dangerous mix of folly and fragility that characterizes the modern financial system.

Does Roubini sometimes get it wrong? Of course. Everybody does. Four years ago, he was predicting an imminent end to China's willingness to accumulate trillions in sterile reserves, leading to a plunge in the dollar's value and to financing problems for the U.S. government. He was wrong about that, and no doubt he'll be wrong again.

But he's much more than a Chicken Little who finally got lucky when the sky did fall. Don't be fooled by his sometimes over-the-top writing style: his warnings are based on sophisticated modeling and careful data analysis and have often proved right — not just in general but in detail. He was predicting $2 trillion in bank losses when most people thought those losses would be a few hundred billion at most, largely because he realized early on that subprime was only the beginning. And now even the International Monetary Fund is predicting U.S.-originated losses of $3 trillion or more.

So is Roubini a Cassandra? Yes, he is. Remember, people dismissed Cassandra's dire prophecies — until they all came true.

Krugman, the winner of the 2008 Nobel Prize for Economics, teaches economics and international affairs at Princeton University;

Fast Fact: Born in Turkey, Roubini has also lived in Italy, Iran and the U.S. He speaks fluent Farsi, Hebrew, English and Italian. 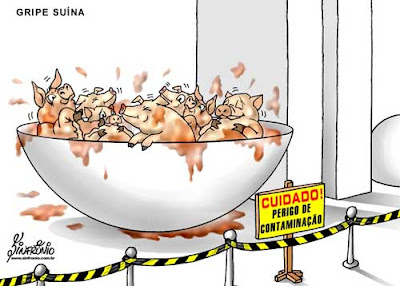 A "THE ECONOMIST" DESTA SEMANA 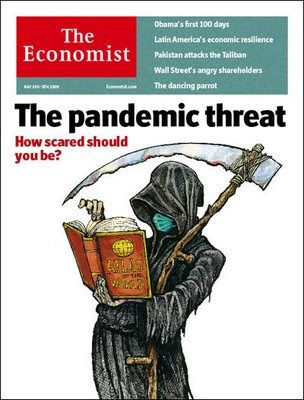